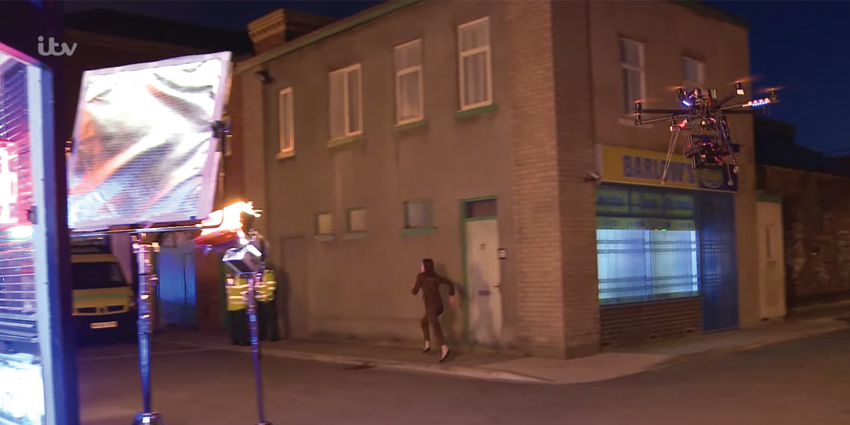 For those of you who watch it (and for those who don’t), we recently had the good fortune to work on one of TV’s favourite streets in and amongst all the action of one of ITV Studios big stunts.

Aired last week, this was the first time the drama had used a drone within production so there was a lot of pre-planning involved. From little things such as integrating the drone’s HD downlink in the studio gallery and the logistics of working within the studio, to working closely with Real SFX, the team behind the fire and explosions, maintaining absolute control over the safety of the aircraft, cast & crew during their explosive contribution to the drama.

The Gear on the Street

For this shoot, we were flying the FreeFly CineStar 8 multirotor with the MōVI M10 and Canon C300. It’s always a pleasure working with some new and some familiar faces! It was a great set of night shoots, apart from being ambushed by a load midges!

I could probably go on but I think the BTS crew do a better job describing all the action! Check out the YouTube Video to see more of the Coronation Street Victoria Court Fire!
Awesome job to all involved!!